Apples have many fables, stories, and some interesting history

associated with them. I do remember enjoying the tale of Johnny Appleseed when I was young. And of course, there are the many artistic depictions of Eve in the Garden of Eden, holding that forbidden fruit. There are times when I’ve held a fresh apple just picked from a tree that I can relate to Eve.

Standing among acres of apple trees on a crisp early fall morning, the fragrance is nothing less than divine. It is easy to see why that shiny red orb could be tempting and therefore related to deity! Although, I’ve not encountered them in recent years, the McIntosh was my all-time favorite when I went apple picking. Yes, I know that apples are available to us in green, yellow, and shades of red, still it is red that calls to me. No matter your favorite color or variety, an apple makes an excellent meal for the serious reader!

Fond Memories of the Apple Harvest

In the past, I have been blessed to participate in apple harvests at orchards spanning from Virginia to New York. Each October, those memories come flooding back to me. My dad tried growing an apple tree down here in south Louisiana. It did grow but the climate was at odds with it making any fruit and he finally chopped it down and used the wood for cooking. Apple wood imparts a subtle fruity essence to meats that are roasted or smoked over it. Which again, makes the apple tree a rock star, in my opinion.

So, counting the ways a lowly apple tree serves us, we can enjoy the fragrance of blossoms, the fruit, and at the end, the tree itself. There is much that could be written about the development of the apple fruit we are accustomed to finding on the produce aisle but, as you probably know, the first ones in the United States were not as much for eating as for drinking. And that cider was considered hard. It was treasured not as much for its intoxication effects as for its preservation properties. Hardened cider would stay safe to drink longer; this aspect was especially important in areas where safe drinking water could be difficult to obtain. This drink preserved life for many early pioneers.

Sweet Cider and a Recipe!

In my book, Shaw Point, Josephine has the joy of discovering some late apples still hanging on the old orchards at the farm when she and Martha first arrive. Apples played a part in their survival also. And of course, there is apple cider. Not the hard variety but what we call sweet cider.

While visiting orchards in the past, I couldn’t resist also bringing home a jug of sweet cider that customers could watch being made. What you purchased had been processed earlier but it was fun to watch the technique. Would you like to enjoy one of the joys of Autumn this year by making your own spiced hot cider to share with family and friends? If so, I’ve included a very simple recipe at the end of this blog! It doesn’t involve any ladders to climb high into the branches of a long-standing apple tree while you fill your pockets with fruit. Fruit which you would then need to run through a press to extract the juice before using it to create your cup or jug of cider. Still, I think you will enjoy this taste of Autumn and apple!

peel or zest of 1 orange or lemon

Pour juice into a 2-quart saucepan over medium heat.  Add spices and heat until aromatic. Add zest/peel and bring to a boil. Reduce heat to a simmer for 15-20 mins. Strain before serving. Store in refrigerator.

Note: You can use the same quantity of spices and peel for a 2 or even a 3 quart batch. If you are doing gallons, you will want to increase spices and citrus peel to double. 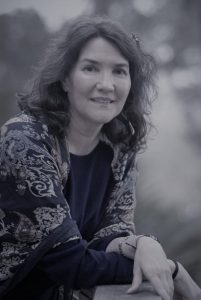